Material used with permission from lowdosenaltrexone.org

What is low-dose naltrexone and why is it important?

Low-dose naltrexone holds great promise for the millions of people worldwide with autoimmune diseases or central nervous system disorders or who face a deadly cancer.

In the developing world, LDN could provide the first low-cost, easy to administer, and side-effect-free therapy for HIV/AIDS.

Naltrexone itself was approved by the FDA in 1984 in a 50mg dose for the purpose of helping heroin or opium addicts, by blocking the effect of such drugs. By blocking opioid receptors, naltrexone also blocks the reception of the opioid hormones that our brain and adrenal glands produce: beta-endorphin and metenkephalin. Many body tissues have receptors for these endorphins and enkephalins, including virtually every cell of the body's immune system.

In 1985, Bernard Bihari, MD, a physician with a clinical practice in New York City, discovered the effects of a much smaller dose of naltrexone (approximately 3mg once a day) on the body's immune system. He found that this low dose, taken at bedtime, was able to enhance a patient's response to infection by HIV, the virus that causes AIDS. [Note: Subsequently, the optimal adult dosage of LDN has been found to be 4.5mg.]

In the mid-1990's, Dr. Bihari found that patients in his practice with cancer (such as lymphoma or pancreatic cancer) could benefit, in some cases dramatically, from LDN. In addition, people who had an autoimmune disease (such as lupus) often showed prompt control of disease activity while taking LDN.

How does LDN work?

Up to the present time, the question of "What controls the immune system?" has not been present in the curricula of medical colleges and the issue has not formed a part of the received wisdom of practicing physicians. Nonetheless, a body of research over the past two decades has pointed repeatedly to one's own endorphin secretions (our internal opioids) as playing the central role in the beneficial orchestration of the immune system, and recognition of the facts is growing.

Witness these statements from a review article of medical progress in the November 13, 2003 issue of the prestigious New England Journal of Medicine: "Opioid-Induced Immune Modulation: …. Preclinical evidence indicates overwhelmingly that opioids alter the development, differentiation, and function of immune cells, and that both innate and adaptive systems are affected.1,2 Bone marrow progenitor cells, macrophages, natural killer cells, immature thymocytes and T cells, and B cells are all involved. The relatively recent identification of opioid-related receptors on immune cells makes it even more likely that opioids have direct effects on the immune system.3"

The brief blockade of opioid receptors between 2 a.m. and 4 a.m. that is caused by taking LDN at bedtime each night is believed to produce a prolonged up-regulation of vital elements of the immune system by causing an increase in endorphin and enkephalin production. Normal volunteers who have taken LDN in this fashion have been found to have much higher levels of beta-endorphins circulating in their blood in the following days. Animal research by I. Zagon, PhD, and his colleagues has shown a marked increase in metenkephalin levels as well. [Note: Additional information for Dr. Zagon can be found at the end of this page.]

Bihari says that his patients with HIV/AIDS who regularly took LDN before the availability of HAART were generally spared any deterioration of their important helper T cells (CD4+).

In human cancer, research by Zagon over many years has demonstrated inhibition of a number of different human tumors in laboratory studies by using endorphins and low dose naltrexone. It is suggested that the increased endorphin and enkephalin levels, induced by LDN, work directly on the tumors' opioid receptors — and, perhaps, induce cancer cell death (apoptosis). In addition, it is believed that they act to increase natural killer cells and other healthy immune defenses against cancer.

What diseases has it been useful for and how effective is it?

Bernard Bihari, MD, as well as other physicians and researchers, have described beneficial effects of LDN on a variety of diseases:

LDN has demonstrated efficacy in thousands of cases.

Cancer. As of mid-2004, Dr. Bihari reported having treated over 300 patients who had a cancer that had failed to respond to standard treatments. Of that group, some 50%, after four to six months treatment with LDN, began to demonstrate a halt in cancer growth and, of those, over one-third have shown objective signs of tumor shrinkage.

Autoimmune diseases. Within the group of patients who presented with an autoimmune disease (see above list), none have failed to respond to LDN; all have experienced a halt in progression of their illness. In many patients there was a marked remission in signs and symptoms of the disease. The greatest number of patients within the autoimmune group are people with multiple sclerosis, of whom there were some 400 in Dr. Bihari's practice. Less than 1% of these patients has ever experienced a fresh attack of MS while they maintained their regular LDN nightly therapy.

HIV/AIDS. As of September 2003, Dr. Bihari had been treating 350 AIDS patients using LDN in conjunction with accepted AIDS therapies. Over the prior 7 years over 85% of these patients showed no detectable levels of the HIV virus — a much higher success rate than most current AIDS treatments, and with no significant side effects. It is also worth noting that many HIV/AIDS patients have been living symptom-free for years taking only LDN with no other medications.

How is it possible that one medication can impact such a wide range of disorders?

The disorders listed above all share a particular feature: in all of them, the immune system plays a central role. Low blood levels of endorphins are generally present, contributing to the disease-associated immune deficiencies.

Research by others — on neuropeptide receptors expressed by various human tumors — has found opioid receptors in many types of cancer:

These findings suggest the possibility for a beneficial LDN effect in a wide variety of common cancers.

How can I obtain LDN and what will it cost?

LDN can be prescribed by your doctor, and should be prepared by a reliable compounding pharmacy.

Naltrexone in the large 50mg size, originally manufactured by DuPont under the brand name ReVia, is now sold by Mallinckrodt as Depade and by Barr Laboratories under the generic name naltrexone.

LDN prescriptions are now being filled by hundreds of local pharmacies. Some pharmacists have been grinding up the 50mg tablets of naltrexone to prepare the 4.5mg capsules of LDN; others use naltrexone, purchased as a pure powder, from a primary manufacturer.

No registration or appointment necessary for COVID-19 vaccination and booster shots. Walk-Ins Welcome! 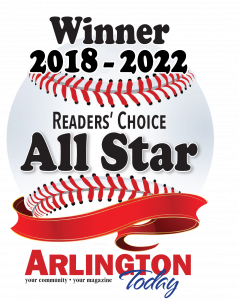